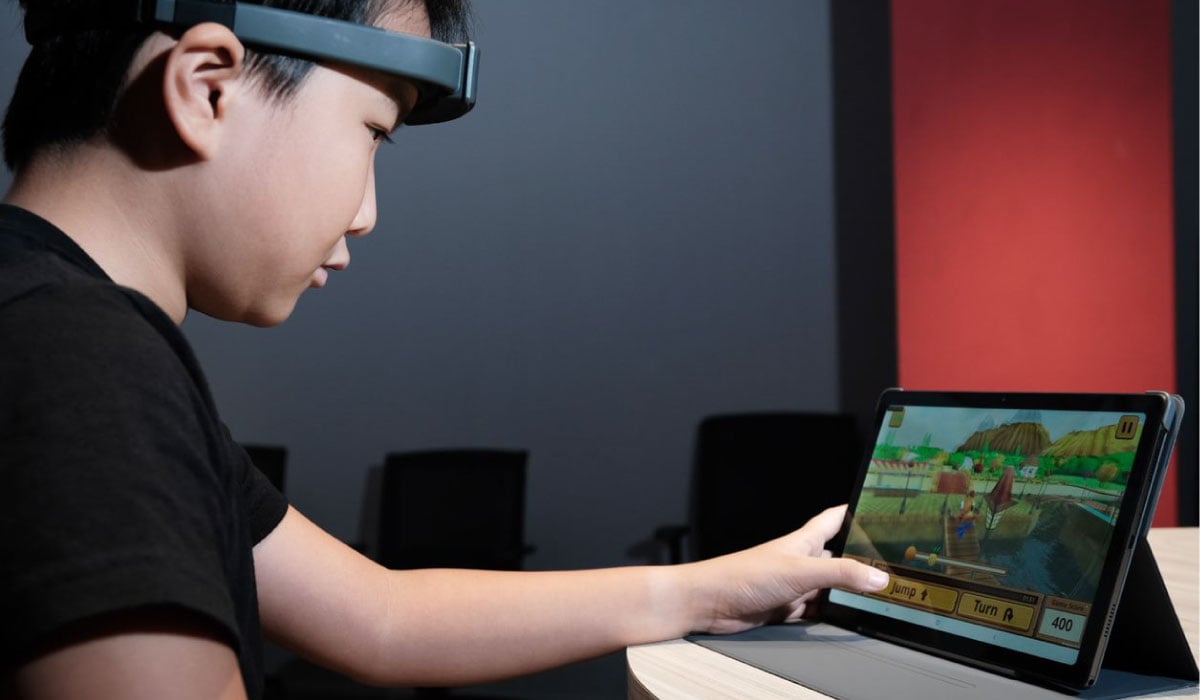 Singapore, 6 December 2022 – Neeuro, a local tech start-up and Agency for Science, Technology and Research (A*STAR) spinoff, and the Institute of Mental Health (IMH) launched Cogo1 as a complementary home-based attention training programme this month. This solution aims to solve inattentiveness in children aged 6 to 12 years through a 24-session guided game that is paired with Neeuro’s EEG headband "SenzeBand 2".

Cogo is a patented and scientifically validated digital therapeutic programme that aims to equip parents with an evidence-backed tool that is efficacious in improving their children’s attention challenges.

The non-invasive ADHD intervention programme was the subject of a large scale randomised clinical trial funded by the National Medical Research Council (NMRC), led by Principal Investigator Associate Professor Lee Tih Shih, from Duke-NUS Medical School’s Neuroscience and Behavioural Disorders programme, the results of which was published in 2019.2 Functional Magnetic Resonance Imaging (fMRI) scans of a subset of the children by Duke-NUS found positive post-training effects observed in brain areas associated with attention and task-orientation.3

“In this digital age, young parents are savvy and are on a lookout for digital aids that can help their children improve their well-being. Attention-deficit hyperactivity disorder (ADHD) is one of the most common conditions we see among young patients and the first line of treatment would be behaviour management therapy where they learn strategies to help them cope better. While professional help may be necessary for some children, others may benefit from a home-based intervention like the Cogo programme. For children with mild to moderate ADHD seen at IMH’s Child Guidance Clinics, if suitable, we may also offer parents this option of Cogo programme for them to continue this adjunct therapy at home. After a decade of research, including clinical trials, results have shown positive results. Besides the convenience of being able to do this therapy at home and with most being able to see improved concentration, I believe young children will also find the gameplay fun,” says Dr Lim Choon Guan, Senior Consultant and Deputy Chief of the Department of Developmental Psychiatry at IMH.

Dr Alvin Chan, Neeuro's CEO and Co-Founder said, "The result of a collaboration among IMH, Duke-NUS Medical School and A*STAR’s Institute for Infocomm Research that started over a decade ago is now being brought to market through Neeuro to complement ADHD2 treatment."

This collaborative effort will usher in a new dawn in Singapore with clinicians utilising digital therapeutic such as Cogo to improve children’s lives and alleviate the parents’ growing concern about their children’s attention skills. With Cogo, parents are empowered to enable their children in the comforts of their own homes.

Based on the clinical findings, the optimal and recommended session is two to three times a week for 30-minute per session, and over the course of two to three months for a total of 24 sessions to get the best results.

1. See Annex A for more information on Cogo.

Note: The research study was funded by grants from the National Medical Research Council (NMRC) and National Healthcare Group (NHG). The research team also acknowledges the support received from the Ministry of Education, Singapore.

Neeuro is a global company that specialises in utilising Brain-Computer Interface technology to maximise the potential of users’ neurological agility and fitness. Since its inception in 2013, Neeuro’s extensive portfolio and an array of digital therapeutic and brain fitness solutions are backed by clinically validated research by A*STAR, an institution widely known as being at the forefront of Singapore’s research endeavours.

Its core technology, NeeuroOS, is a platform that empowers healthcare professionals, researchers, and third-party developers with an Artificial Intelligence (AI) driven ability to analyse the brain signals of users, measuring mental states including but not limited to attention, relaxation, mental workload, and fatigue. Neeuro’s holistic offerings reveal numerous potential avenues to explore complementary mental health options for children with ADHD, patients with stroke, cognitive rehabilitation, and many other neurological challenges.

About the Institute of Mental Health

The Institute of Mental Health (IMH), a member of the National Healthcare Group, is the only tertiary psychiatric care institution in Singapore. Located on the sprawling 23-hectare campus of Buangkok Green Medical Park in the north-eastern part of Singapore, IMH offers a multidisciplinary and comprehensive range of psychiatric, rehabilitative and therapy services in hospital-based and community-based settings. The 2,000-bedded hospital aims to meet the needs of three groups of patients – children and adolescents (aged below 19 years), adults and the elderly.

Annex A - About Cogo

Cogo is a locally developed game that was created based on BCI technology developed at A*STAR’s Institute for Infocomm Research (I²R). Neeuro licensed the technology that created Cogo and developed it into a commercial product, which consists of the SenzeBand 2 headband to track brain signals as well as the Cogo mobile application. The aim of the game is to move a character through a maze. Unlike most games where users use a gamepad or touchscreen, the character’s movements can only be controlled by brainwaves. By keeping the mind focused on the character, the character moves forward. A loss of focus results in the character slowing down or remaining stationary. At higher levels, the user also needs to hit a button on the touchscreen to make the character jump while moving at the same time.

Users will be required to pair the Cogo mobile application with a Neeuro SenzeBand 2 for the detection of brainwaves. The user dons the SenzeBand 2 headband, which has 7 EEG sensors with 4 individual data channels to track his/her brainwaves. Machine learning algorithms will capture and interpret the mental states of users based on their brainwaves, and these subsequently drive various challenges within the game.

Brainwaves and health data are captured through the SenzeBand 2 headband, and will be transmitted in real-time via Bluetooth 5.0 wireless technology to Cogo. 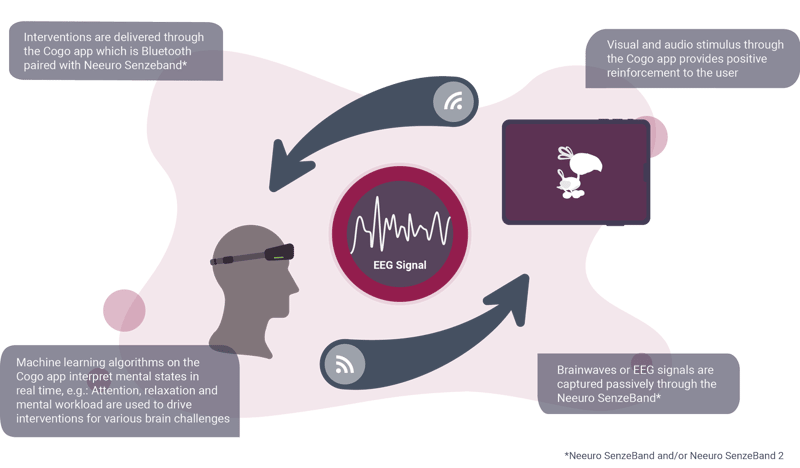 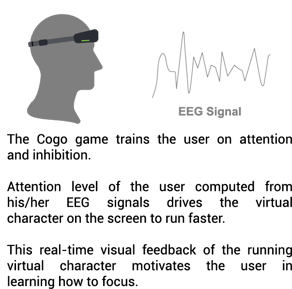 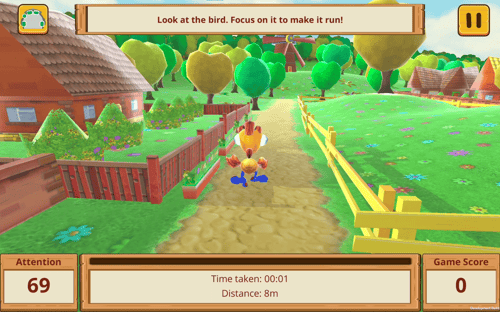 Annex B - About ADHD

ADHD is a neurodevelopmental disorder that affects approximately two to 2 to 7% of children globally[1], with a growing number of cases in people aged 5 to 44 years worldwide. Common symptoms represented by 38 to 57% of ADHD children include inattention and poor focus.

In Singapore, IMH sees about an average of 600 to 800 children and adolescents with ADHD every year, with the trajectory on the rise as parents and educators become more aware of the condition. The current management for ADHD includes medication and behavioural interventions where a clinician teaches both the parents and child strategies to reduce ADHD behaviours. Besides equipping the child with self-regulation strategies, it is also essential for parents to pick up various parenting strategies to guide and aid their child at home, as well as for teachers to better facilitate the child’s learning in school. Besides current pharmacology and behavioural interventions offered in the clinics, the BCI programme can be offered to parents as an additional treatment option that is home-based. As each child may present with different ADHD related behaviours, it is important for parents to speak with a mental health professional to discuss the treatment options for the child. The proposed training programme does not claim to treat ADHD or replace professional medical advice. It offers an alternative modality which may complement conventional therapy approaches and address the gaps or shortcomings in mainstay treatment.