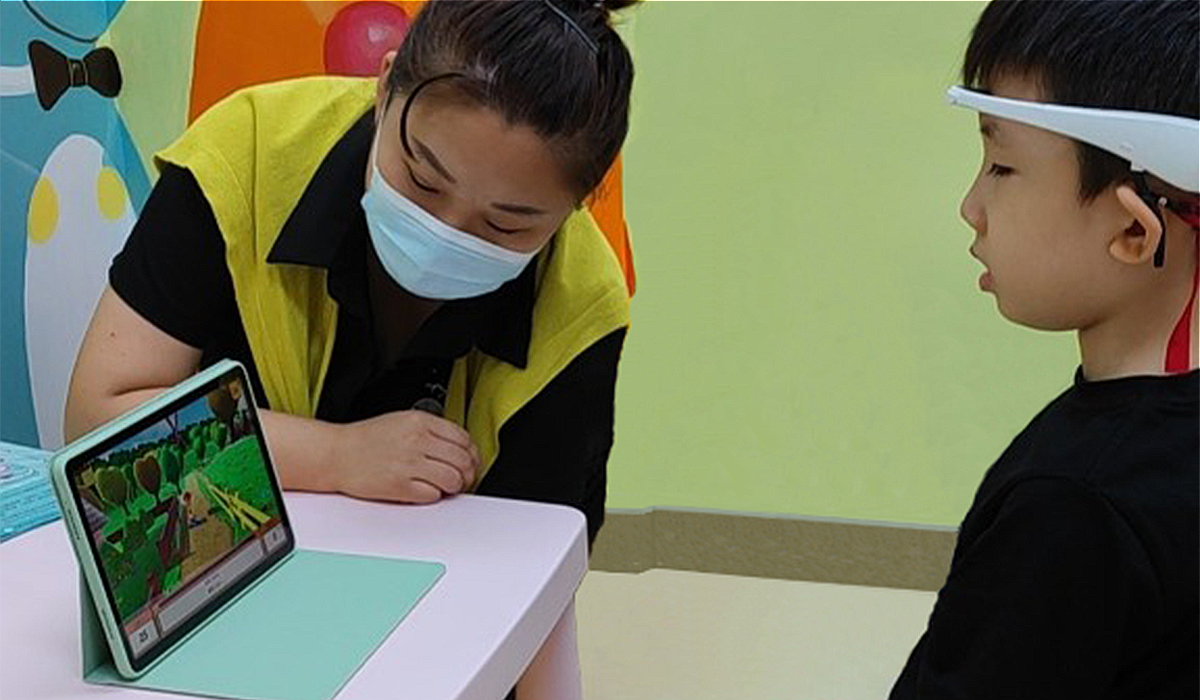 Neeuro and Shanghai Dingbo Medical Technology Co., through the Shanghai-Singapore Joint Innovation Call, will introduce the NeeuroCare project, which aims to develop a care model for children with ADHD in China.

Launching NeeuroCare in China is part of Neeuro’s internationalization strategy as it takes Cogo into China, a key market, rolling it out together with Dingbo. Such an alliance allows both parties to combine their strengths in technology and clinical experiences to bring the best solution to market. NeeuroCare will introduce innovative solutions for children with ADHD, that uses an artificial intelligence-driven brain-computer-interface (BCI) game, in addition to traditional medication and behavioural therapies.

One of the goals is to increase the involvement of parents with ADHD children through monitoring and reporting their child’s progress, thus providing clinicians with data points to personalize therapy programs. A key aspect of NeeuroCare is a private pre-screening for ADHD symptoms, and this helps both parents and their children to avoid stigma.

Neeuro Co-Founder and CEO Dr. Alvin Chan said that “As pioneers in the Digital Therapeutics space for mental health, Neeuro is honored and privileged to be awarded this grant by ESG. Moreover, this development collaboration with Shanghai Dingbo in China has been in our company’s expansion and growth direction plan to bring together partners, knowing fully well their capacity to innovate, where we share the same vision of empowering our minds to overcome brain health challenges.”

Dr. Feng Yi, CEO of Shanghai Dingbo expressed his enthusiasm over the partnership, saying that “This project with Neeuro, with the support of Enterprise SG and the Shanghai Government, is a wonderful indication of co-developing and co-marketing solutions for cognitive and other mental health disorders and issues.”

The key outcome from this partnership is for NeeuroCare to address the needs of ADHD children in China, and also to aid clinicians’ workflow processes for diagnosis and prescription. This can lead to the recommendation of Cogo, a personalized attention training program for these children.

The Shanghai-Singapore Joint Innovation Call is implemented by Enterprise Singapore (ESG) and the Science and Technology Commission of Shanghai Municipality (SCTSM) and seeks to encourage Singaporean companies as well as Shanghai-based companies to work together on projects that would result in the research and development of innovative products and applications and their eventual commercialisation.

Neeuro is a global company that specialises in the utilisation of Brain-Computer Interface technology to maximise the potential of users’ neurological agility and fitness. Neeuro’s extensive portfolio and an array of offerings empower digital therapeutics and brain fitness solutions and are backed with clinically validated research by A*STAR, an institution widely known as being at the forefront of Singapore’s research endeavours.

Its core technology, NeeuroOS, is a platform ecosystem that empowers health care professionals, researchers, and third-party developers with an Artificial Intelligence (AI) driven platform with the ability to analyse the brain signals of users; measuring mental states including but not limited to attention, relaxation, mental workload, and fatigue. Neeuro’s holistic platform, coupled with its other offerings, reveals numerous potential avenues to explore complementary mental wellness options for ADHD children, patients with stroke, cognitive rehabilitation, and many other neurological issues.

Dingbo develops innovative solutions to improve mental health covering a wide range of conditions such as ADHD, dementia, and bipolar disorders. Its core technologies include HRV-based analysis for emotion assessment and the device for HRV tele-monitoring.

The company has won research grants from various government funding sources and awards from Shanghai and ChangNing Health Commissions, respectively, for its achievement of improving the mental health condition of nearly 50,000 affected people since 2017.

Dingbo has built its reputation as the first privately own mental health clinic in Shanghai that delivers special care to families that have lost their only child, and is also well known to provide comprehensive paediatric mental care by establishing alliance with leading paediatric hospitals such as Shanghai Children’s Hospital, Shanghai Children’s Medical Center and Shanghai XinHua Hospital.