The Ultimate List of Stress Relief Games that Fight Off Aging 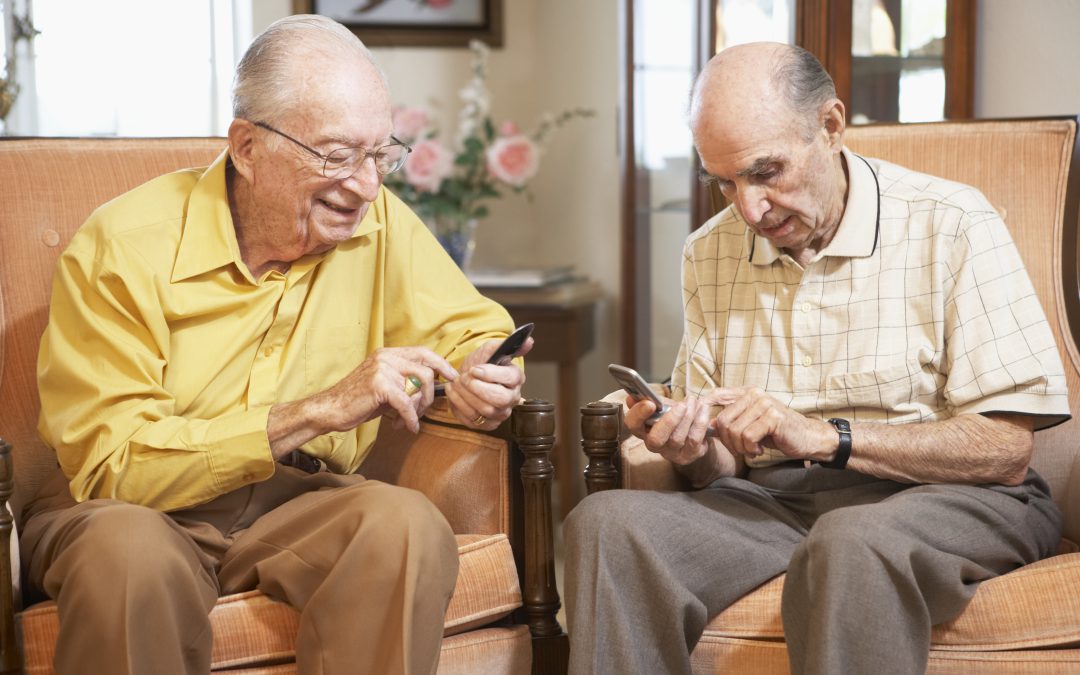 Have you ever encountered a Centenarian? Perhaps read about them in the news or magazine articles? A Centenarian is a person that has lived for at least a century. Or basically 100 years. Interesting, but how can that actually be possible? Nowadays, the popular belief is that since there are so few Centenarians, then surely it is an anomaly of genetics. I assure you though that this is very much an acquired ability over time that allows your aging to slow, giving you more years with your loved ones, and more time to engage the adventures of the world. This ability is gained through your mind. Will stress relief games help stop aging?

In this article, I want to give you the “Ultimate List”, the top regimen of today's most useful games to fight aging. Why games? Because believe it or not, you play a game every day of your life, you just don't always realize it. So why not get the rules and tools so that you can play on your own turf? Authors Doraiswamy and Agronin from Scientific American recently shined a light on “Brain Games”, proposing that it is too new to all generations to really get a firm idea of how effective it is long-term.

Of course, it is! Because you're not out there actually exploring it. In this guide, you will extend your reach to the amazing technology and world of data that is now at your fingertips. I don't want to bombard you with too many obvious ways to keep mentally fit, so here are a few twists:

Yep, “bored” games. Actually, there are more engaging than you could possibly imagine. For hundreds of years, this was the way to get your brain signals firing, and it won't die out any time soon. There are loads of benefits from playing board games, and memory and cognitive enhancement are just some of them. Years ago, a young man named Bobby Fischer was an elite at Chess. In fact, he entered some of the most celebrated Chess Tournaments in the world, and has been credited with having an incredible memory and a massive IQ of 180!

Board games such as Chess, Scrabble and Stratego stimulate your cognitive skills 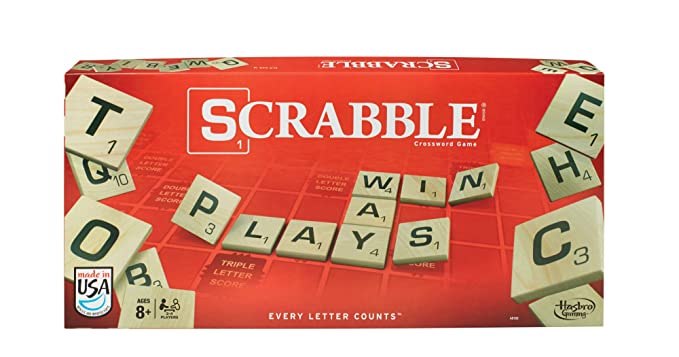 Chess, Checkers, Stratego, Risk, just to name a few of the most entertaining and brain-enhancing strategic games of the last century (Secret #1 in the book of Centenarians). But what if you want something a little more modern? So you don't have to blow the dust off your old box of Scrabble, here's an idea: League of Legends.

This is a 'battle arena' type game only played through a computer. It's basically a large game board of various players all attempting the same goal from two separate teams. In a nutshell, it's like having a dozen people play chess at the same time. The difference is, there is more to learn and more complications, not to mention beautiful graphics.

League of Legends: In a nutshell, it's like having a dozen people play chess at the same time.

We all love games (don't try to lie to yourself), and with a growth rate of consumers for the gaming community, it's a very realistic approach to entertainment for our daily lives. So let's step into the consoles of gaming. Xbox One S, PS4, and Wii U. These are currently your top market consoles, though the 'Virtual Reality' aspect of it is gradually making headway into becoming “the next big thing”.

Games are not just entertaining; take Portal 2 and Minecraft for example. These games challenge your mind so in-depth that you become the architect of infinite worlds. Can you imagine building an arena with the sole purpose of getting your chosen character to safety, whilst still completing the required jumps, kills, and moves through a series of open wormholes? Mind boggling! That's Portal 2 for you. As a game that constantly requires sharp thinking, Portal 2 is a great puzzle game that naturally teaches spatial awareness, lateral thinking and problem-solving.

If you're looking for a semi-relaxed approach to being the best builder on the planet, then Minecraft is the game for you. It's not just a building blocks game, it's a version of the real world with an empty canvas. It’s a captivating and engaging platform, where every challenge sets your brain working on your memory, planning, attention, and organisation. You are the Artist; the Architect. Believe it or not, people have actually made a living just from playing this game and using complex thought processes to create the most amazing digital worlds we could imagine. Just ask good ol' StampyCat (YouTube Star).

If you're usually on the go, then brain training apps may be a suitable solution for you. Nadine Kaslow, Ph.D., professor and vice chair at Emory University’s Department of Psychiatry and president of the American Psychological Association, says brain training apps can help promote mental health and increase cognitive functioning, especially in older adults.

“There are also studies that show that people who engage in these video games are less likely to develop brain plaques associated with Alzheimer’s disease. Keeping your mind active is as important as physical exercise and these apps can help you stay fit mentally.” - Dr. Kaslow

Elevate is one example of a brain training app. It boasts over 30 mini-games testing a variety of mental skills, including agility, memory, processing ability and comprehension. With a clean layout and clear visuals, the games are fun and challenging, and a great way to spend five to ten minutes of your day giving your brain a workout. As you become more adept, difficulty levels change to make sure you're constantly stimulating your mind. The free app lets you play a few games daily, but a Pro subscription at £5.99 a month unlocks more games and lets you train as much as you like. What's great about it is that it also gives you a friendly reminder everyday to hop on the app and keep that brain fit. 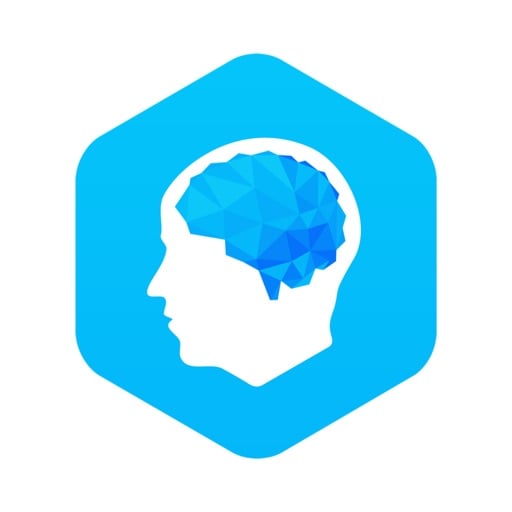 One of the newest ways for people to learn and develop new skills or recall old ones is by using mobile apps and software together with wearable technology. Neeuro has done this by pairing a brain training app called Memorie together with a state-of-the-art wearable called the SenzeBand. As its punny name suggests, the SenzeBand is a headband that 'senzes' brain activity when worn around the forehead. Use it with Memorie, and it actually reads your brain patterns during gameplay to determine your current mental states and whether you're really challenging that mighty brain of yours.

Memorie's 15 games help the brain to regain focus, memory, spatial skills, decision making and cognitive flexibility. The SenzeBand even allows your mind to direct some of the games, hands-free. Total mind control! With fun and exciting games like Who's Who?, Sushi Recall, Pyramid Solitaire, and more, it's all about about engaging problem solving, puzzles, logical solutions, and even strategic designs.

As I'm sure you can plainly see, stress relieving games are literally everywhere, and as highlighted by Positive Health Wellness, playing stress relief games present loads of health benefits. If you're new to gaming, try stepping out of that comfort zone and have a go at the current and upcoming digital trends that we have listed above.

Take it from us, brain training apps can be a really useful and fun method of passing time and even a way to bond with your family. Even if it comes down to putting a Sudoku app on your Smartphone and playing while on a bathroom break, or meeting up with some friends or loved ones for a few rounds of bridge or poker, these games can actually enhance your lifestyle greatly. Brain games have even been shown to reduce the risk of cognitive decline, and may possibly prevent dementia. Lastly, if you really want to find a stardom to these activities, there are many websites throughout the internet that can offer you a glimpse at brain games that fight off aging.