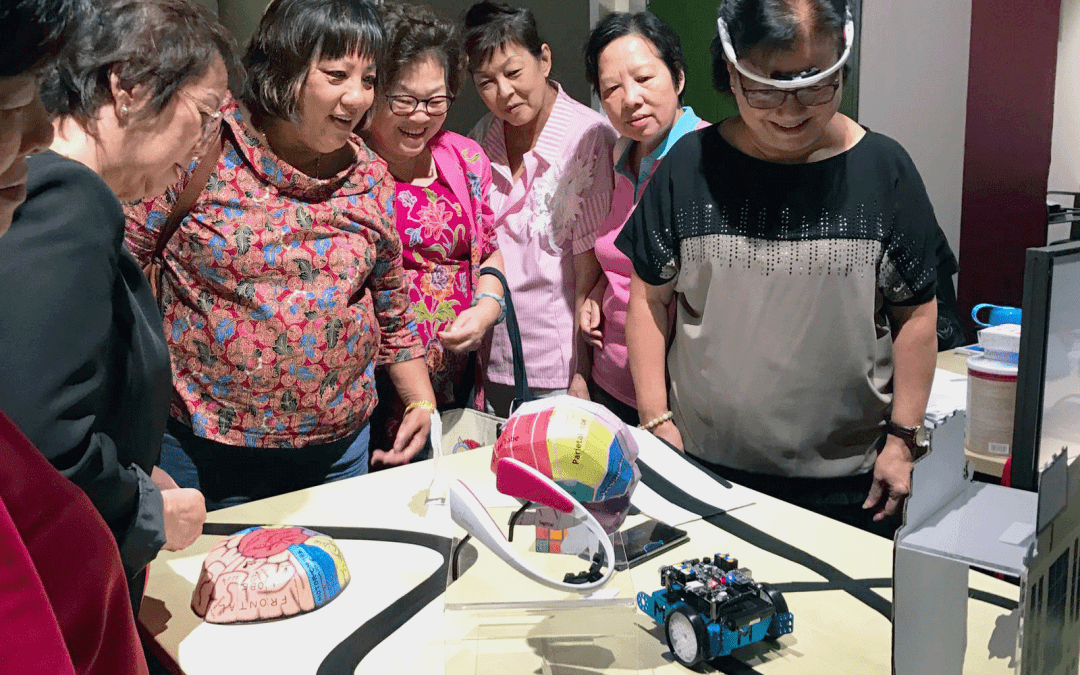 Chatter and laughter filled the room as a group of seniors entered, buoyed by the simple fact that the room had air conditioning. It was my fourth day at Neeuro as an intern, and my first time being involved in NeeuroFIT. NeeuroFIT is a programme created to engage the elderly community in improving brain fitness and mental wellness.

The programme teaches them new ways to constantly challenge their minds and improve in cognitive functioning. It’s part of a bigger mission, in which Neeuro strives to raise awareness about the importance of constantly stimulating our minds cognitively. In turn, the goal is to combat the natural cognitive decline our brains undergo as we age. We also want to destroy the misconception that disorders like dementia are “a normal part of aging”.

At the start of the programme, the seniors underwent an assessment of their cognitive abilities. As the sessions progressed, different brain games were introduced in an app called Memorie. Each game tests different aspects of cognition: from spatial awareness, memory and mental flexibility, to attention and decision making. Each brain game has different levels and difficulties to continuously challenge the individual.

Neeuro’s brainwave sensor, SenzeBand, was integrated in the training to analyse and record brain activity. This allows progress to be tracked over the sessions of brain training that the seniors were undergoing.

Brain training games are increasingly being utilised as an enriching form of mental stimulation for the benefit of cognitive health. In previous brain training sessions that we've done with another group of seniors, we found that participants showed significant improvement in their cognitive skills at the end of the whole programme. After those sessions, 25% of the seniors improved in attention, 33% in memory, 50% in spatial skills, and 58% in decision and cognitive flexibility. Indeed it's fantastic, watching the seniors have a go at the games; many have cleared levels that even I have yet to reach.

As we near the end of the programme's sessions, the seniors will be able to look through their progress and improvements. For them, the programme has been much more than just “training”; it is also a platform for them to socialise and enjoy themselves.

Neeuro works globally with partners such as training providers, technology system integrators and schools to benefit children. Using modern solutions for cognitive training, cognitive skills such as attention and memory are emphasized and honed.